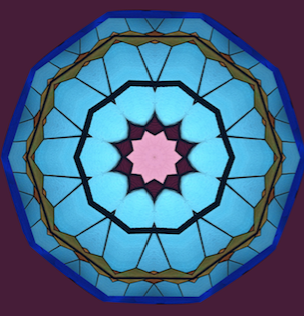 Grace and peace to you from God our Father, and from our Lord Jesus Christ. AMEN
“It’s not fair!!!” I can just hear myself saying that as a child. (OK, I hear myself saying that as an adult, too, but we’ll get to that.) I was the youngest of four siblings, with a sometimes bossy eldest sister and two often-scheming and plotting older brothers who seemed to delight in torturing me, or in taking from me something that I considered to be my own. I tried very hard to remember a particularly egregious example of conflict with my siblings, and really couldn’t narrow it down to one. It’s all a big blur of petty childhood grievances, all of which seemed supremely important at the moment. Some were true injustices, many were not. But that heartfelt cry of “It’s not fair!” runs all the way through the memories. That was the protest that I would raise, not to my brothers or my sister, most often, but rather to my mother or to my father when they intervened to mediate. In order to end the immediate conflict, or to establish justice in an unjust situation, they would step in and lay down the law, telling us how it was going to be. “Give it back to him. Give him half of it. Tell her you’re sorry. Let him have it for awhile, and then you can have your turn. You both can use it at the same time. Neither of you can use it.” I see parents nodding in recognition… in fact, all of us can recognize that. And then comes the response, usually from both parties in the dispute: “But that’s not fair!! Why do I have to do it??” The cry comes simultaneously from both parties to the conflict. We don’t like to be told that we’re not completely right. We don’t like to be told that someone else can have something that we consider ours, that we will have to share and compromise. We don’t like Mom’s solution, because it doesn’t give us everything we think we deserve, or doesn’t impose on the other sibling what we
think they deserve. Honestly, I don’t know how parents navigate it. And then comes the final statement: “You will do it because I’m the dad, that’s why.”

Today’s scripture readings from Leviticus and from the Gospel of Matthew both get at the question, but in ways that may confuse the issue on first reading. Leviticus is one of the books of the Torah, the books we call the “Law,” though the word “Torah” means
“instruction.” We Christians tend to read it as a list of “thou shalt and thou shalt nots,” as a rulebook. That can be problematic, though, because the same book that tells us “You shall not steal,” which seems pretty straightforward and acceptable, also tells us that we are not to eat shellfish or wear cotton and wool clothing at the same time. So there’s more to it than that. Now, can you imagine how the original hearers of this passage reacted when told, “You shall not keep all of the product of your labor for yourself, but you shall leave a portion of it so that the poor and the immigrants can come and take their share. You shall not hang onto your employee’s paycheck so that you get interest on it while he’s waiting to pay his rent. You shall not put barriers in the way of handicapped people when they’re trying to get around town. You shall not give undue preference in the courts to poor people over the rich—but neither shall you fall all over yourselves to give the rich everything they want. You shall not seek vengeance on people or even hold a grudge and feud with people who’ve wronged you. Let it drop. Love your neighbor as yourself.”

Can’t you hear the response? You can hear it because it’s our own
response. “Hold on there just a second, God! That is not fair! I’m the one who worked to earn my money. Why should I let some immigrants or refugees or ‘welfare queens’ waltz in and take it when they haven’t done anything to earn it? What’s wrong with an employer using their money the way they see fit? They’re the ones who created the wealth! Why should building owners have to modify their buildings for handicapped people? That’s expensive! Why should the laws penalize the poor? Why should the
laws not penalize the wealthy? Why should I love my neighbor as much as I love myself? He doesn’t deserve it! It’s not fair!!”

And then Jesus takes it up a notch. Acknowledging both the law in Leviticus and the popular understanding of what is fair, Jesus blows us out of the water. “Eye for an eye? Fuhgeddaboudit. You think that’s fair, don’t you? Here’s what I tell you: If someone strikes you in the face, turn the other cheek to them. If somebody sues you, give them more than they’ve sued you for. If somebody begs from you, don’t stop to think about whether they deserve it or not. Give them some money.” Whoa, Jesus, that is
not fair!

Now, we try very hard to explain away Jesus’ statements. He doesn’t really mean them, people will say. These are just suggestions, they’ll argue. Maybe. Maybe
not. Consider for a moment that, just as with God’s statements in the law of Leviticus, which are laid down in no uncertain terms, with no wiggle room, maybe Jesus means exactly what he says. And maybe Jesus’ goal is to blow away our perspective on what is “fair.” Maybe we need to do away with the category of “fair” altogether. Because “fair” seems to be something that ends up being pretty much dependent on what I feel about something and how it affects me. “Fair” is something that we consider from a very human, very subjective perspective.

So what does that leave us with? Is everything OK? Is it “anything goes,” do it if it feels good? No, not at all. There truly is injustice. There truly is wrong. There truly are things that are sinful. So how do we know what those are? There’s an answer hidden in both of these passages. In Leviticus, the answer is framed at the beginning of the passage we heard today, when God says, “You shall be holy, for I the LORD your God am holy.” In the gospel, we hear it when Jesus says, “Be perfect, as your Father in heaven is perfect.” See, it’s not about us and our feelings and our understandings of “fairness” at
all. It’s all about who God is. It’s about God’s perspective, God’s justice, God’s holiness. And all too often, as Jesus shows us, that justice is the opposite of what we think it ought to be. Love enemies? Give to the poor, deserving and undeserving alike? Why would we do that? Because that is what God is like. That is what God does. That is what God chooses. The holy God causes refreshing rain to fall on the deserving and the undeserving alike, without question. The holy God willingly comes back to God’s people time after time when we’ve wandered away, when we’ve spit in God’s face, when we’ve broken the covenant, when we don’t deserve it, and that holy God says, “I forgive you. Come back. Let’s stay in relationship.” This holy Jesus willingly offers himself up to the worst treatment people can possibly dish out, and still says, “Father, forgive them,” still offers himself up in love. This God who takes the part of the widow, the orphan, the refugee, the immigrant, the poor, the handicapped, the unfaithful, the ungrateful, who blesses indiscriminately, calls us to bless the same way.

Now, you’ll say, “I can’t do that. I’m not perfect. I don’t love people that way. I get angry and annoyed with people. I’m selfish. I’ll admit it. I can’t possibly be perfect.” That word “perfect” is a big part of the problem. It’s actually a pretty imperfect translation of the Greek word that is used in the text. When we hear “perfect,” we hear a requirement for moral perfectionism, moral purity. But the word that is used in the scriptures, telos, actually means something more like a “goal” or a “purpose.” It’s describing something that is matured, something that is completed, whole. It’s describing something that we become, that we move toward. So it might be more accurate to translate this, “Become complete, as your Father in heaven is complete.” It’s the same word that in John’s Gospel Jesus utters on the cross as he is dying: He doesn’t say, “It is perfect,” but rather, “It is complete.” And when Jesus says “Love your enemies and pray for those who persecute you, so that you may be children of your Father in heaven,” the Greek says, literally, “so that you may be becoming the children of your Father in heaven.” It’s an ongoing growth process, a goal that we are living into. It is about becoming what God has intended, it is about accomplishing the purpose for which God has created us, growing into God’s fairness, living into our full identity as the children of God that we are created to be, the children of God already named as such in our baptism.

But growing into God’s holiness and justice requires that we ask the Spirit to replace our sense of “fairness” with God’s own justice and mercy and forgiveness. It’s a gift. Like children, we need to learn from a loving parent that there is enough for everyone, that we can share what we’ve been given, that we can wait our turn, that our siblings and neighbors have rights and a claim to justice as much as we do. We will never have a just and fair society until we allow our loving Parent to train us in recognizing what is just and fair, seeing others through the eyes of God’s justice and mercy, teaching us to have willing and generous spirits, growing into being more and more like God, becoming finally whole and complete. Come, Holy Spirit. AMEN