As in-person activities have not fully resumed, the church office is staffed from 9 a.m. to 1 p.m. on Tuesdays, Wednesdays, and Thursdays. On Mondays and Fridays, church matters and communications are handled remotely. To contact Pastor Mark, please call the church office at 847-864-4464. For pastoral emergencies, please call 224-269-1093. 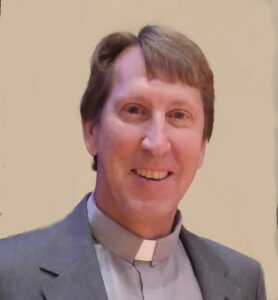 Pastor Mark Sloss began his call as Immanuel’s Pastor in March of 2021, having served other congregations in Kentucky, Indiana and Florida. He’s a trained Spiritual Director and has served as a Conflict Management consultant to other congregations. He grew up in Bradenton, Florida, and is a graduate of Capital University and Trinity Lutheran Seminary, both in Columbus, Ohio.

With his wife, Susan, he enjoys spending time in the great outdoors; hiking, biking and kayaking being the three preferred modes of traversing through nature. He also enjoys playing pickleball and racquetball. Other hobbies include home brewing and gardening. Susan and Mark have three grown married children. Benjamin (Tracie) with grandson, Ethan, and granddaughters, Lily and Grace, live in LaGrange, IL, where Ben is a pastor at Grace Lutheran Church. Daughter, Rebecca (Chase Lenon), is an Occupational Therapist in Indianapolis. And daughter Anna (Aaron Silco) Anna and Aaron are co-pastors at Shishmaref Lutheran Church, Shishmaref, Alaska.

Pastor Mark says, “I’m excited about serving as Immanuel’s pastor, a place that welcomes all into a vibrant worshiping community that nurtures spirituality, and seeks justice for the downtrodden and oppressed.” At Immanuel we are fed by faith that flows into action, feeding others with God’s love. 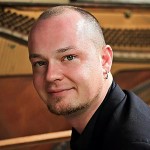 Jimmy Morehead has been the Music Director at Immanuel Lutheran Church since 2017. He is the Artistic Director of the Chicago Gay Men’s Chorus and Co-Artistic Director for VOX3 Collective. He primarily works as a coach, accompanist and music director in the City of Chicago. He previously taught at the Music and Theater Conservatory of Chicago College of Performing Arts at Roosevelt University, where he has also served as Adjunct Professor of Music Theory/History and German Diction. James received his MM in Piano Performance and Music Theory from Roosevelt University and his BM from Duquesne University.

Born and raised in the Episcopal tradition from a very musical family, Jimmy performs every summer in a family holiday concert called “Christmas Praise” which raises money for charity. He loves the strong and beautiful Lutheran musical tradition strong and the opportunity to worship and serve in such a vibrant church community. 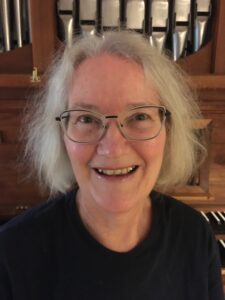 Christine Kraemer is Immanuel’s interim organist, May 1, 2022-December 31, 2023. She is delighted to play the Roderer tracker organ in Immanuel’s fine acoustical space and especially enjoys accompanying the congregation’s enthusiastic and heartfelt singing!

Christine holds three degrees from Northwestern University’s School of Music, Bachelor of Music Education and Master of Music and Doctor of Music in Church Music and Organ. Her organ teachers were Richard Enright and Wolfgang Rubsam. As a graduate student she assisted Grigg Fountain, Organist and Choirmaster at Alice Millar Chapel.

Christine grew up in Paramus, NJ. She and her husband Mark live in Wilmette and have two adult daughters, Carolyn (Ian Shelley) and Cheryl (Lenny Weber). 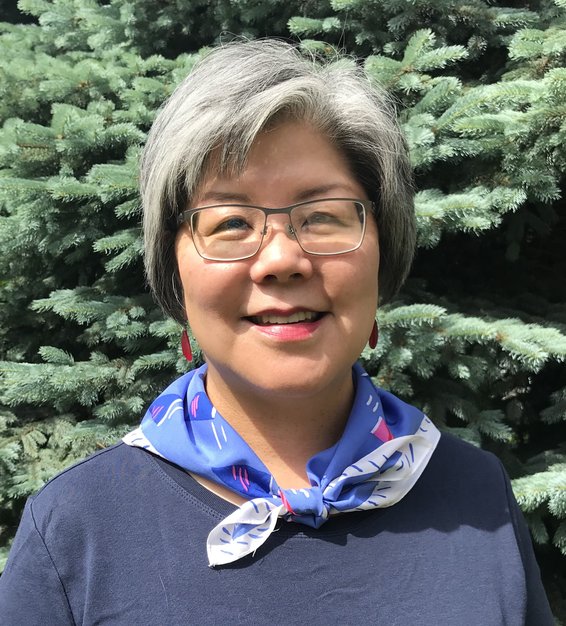 Jane Kaihatsu has been Immanuel’s Parish Administrator since 2018. She is a 3rd-generation Japanese-American who was born and raised on Chicago’s North Side and in Park Ridge. She has a degree in East Asian History from the University of Illinois, Urbana-Champaign. Prior to Immanuel Jane worked in new business marketing for architecture/engineering design firms. She also spent 9 years in Japan at first teaching English at a public high school for the Ministry of Education. Later, she became a reporter and page editor for an English-language daily newspaper in Tokyo. Though raised in a United Church of Christ church which was founded by Nisei who were incarcerated in internment camps during World War II, Jane enjoys learning about the ELCA traditions and is inspired by their progressive ministries. She is an avid White Sox and Bulls fan.

Our parking lot is located on the south side of the church off Sherman Avenue. You may park in the lot at any time, whether for church events or for shopping or other errands in downtown Evanston; weekdays, see the church office at the Lake Street entrance to get a parking pass. On Sundays, additional parking is available across the street at the Holiday Inn or in Lot 6 on Lake Street across from the Police and Fire Headquarters. Parking meters are free on Sunday!

The parking lot entrance is an accessible entrance.  An elevator is located just inside that door.

The nearest CTA (Chicago Transit Authority) elevated station is the Purple Line Dempster Station. Once you exit the station, you are 2 blocks south of Immanuel. The Metra North Line train stops in Evanston at the Davis Street Station and is two blocks north and a block west of Immanuel. Exit the station to the south at Davis St., walk one block east (under the el tracks) to Sherman Ave., and then walk two blocks south to Lake Street.